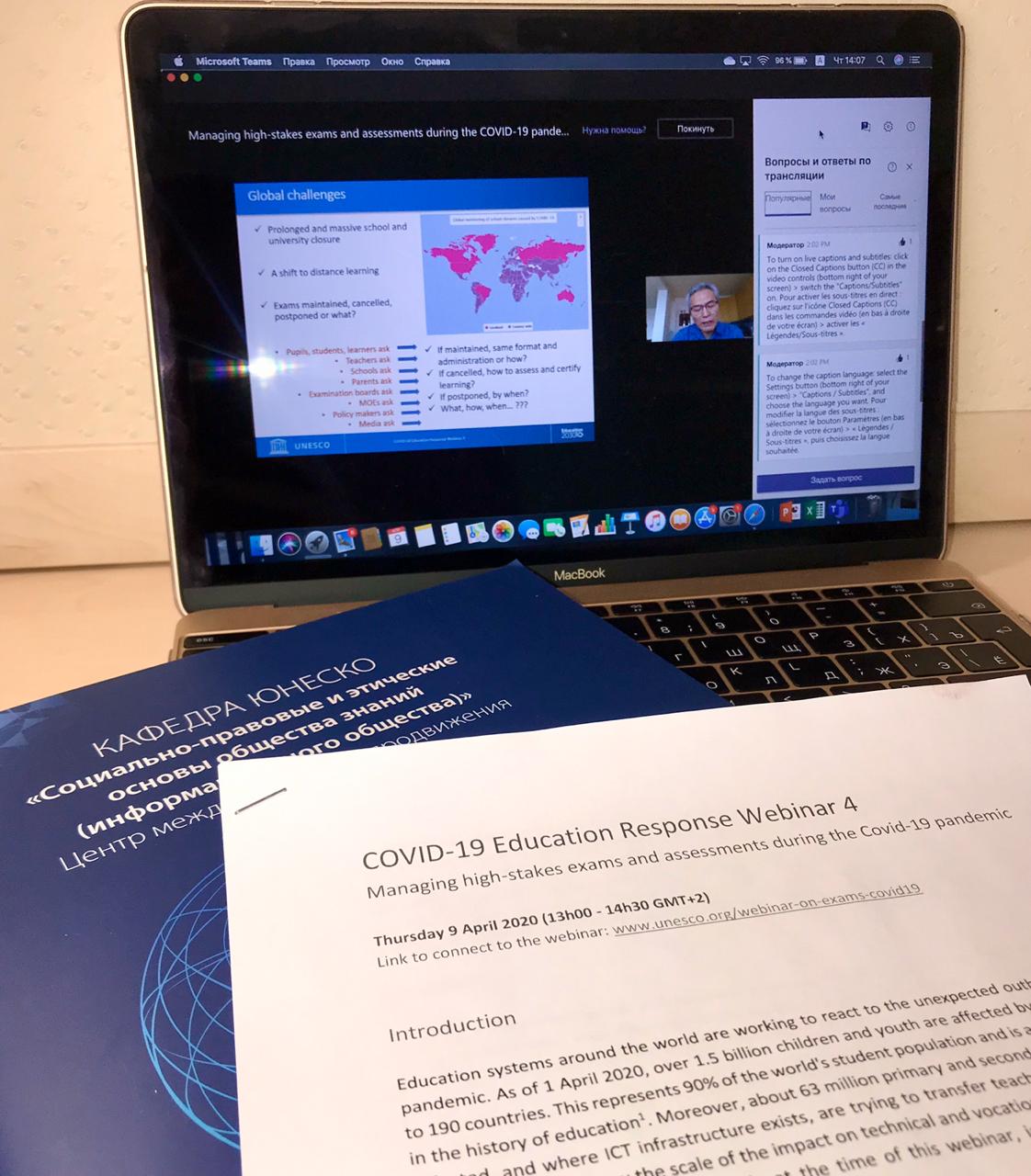 The Webinar was opened by Mr. Borhen Chakroun, Director, Division for Policies and Lifelong Learning Systems, UNESCO. He emphasized that now the main task is to generate all the methods that are used by educational institutions around the world to ensure continuing education.

At the moment, measures have already been taken not only in the learning process itself (now adapted mainly to online platforms), but also in the examination session.

According to the results of the Webinar, UNESCO experts will draw up a letter that includes measures that are recommended to be introduced by educational institutions.

The Russian Committee on the Artificial Intelligence is a specialized open-ended advisory body purpose of which is to develop and coordinate Russia's approaches to international cooperation in the field of artificial intelligence at the UNESCO. The Committee includes representatives of relevant ministries and departments, famous scientists and specialists in the field of digital and information technologies, heads of leading scientific, educational and commercial structures involved in the development of artificial intelligence technologies and who took part in writing the Russian National Strategy for the Development of Artificial Intelligence for the period up to 2030.

The widespread use of information and communication technologies, new media, social networks, blogs, media platforms in the global network to assist government agencies to carry out functions and communications on issues related to the foreign policy agenda give rise to the phenomenon of “digital diplomacy”. The virtual statements of leading politicians and significant media personalities, their tweets, instagram posts can decisively influence not only the worldview of individual social groups, political elites, and the basic electorate, but also provoke local and global conflicts and upheavals.

The digital economy and diplomacy can act as a new mutually complementary format, which overcomes aging contradictions, as a type of partnership and cooperation between countries. Combining competitive advantages in the field of information and communication technologies in order to achieve a common goal will help to build Eurasia that can open a new path for the development of the region and the world as a well.

UNIDO aims to improve the quality of life of the world by using its combined global resources. The United Nations Youth Agenda, as well as the UN Women programme, are based on the World Programme of Action, which covers fifteen priority action areas and contains proposals for action in each of these areas.